Merlot is considered one of the top red wines in the world. This wine is second after Cabernet Sauvignon, America’s favorite wine. Merlot is famous for its sensual, soft, and seamless texture. Merlot comes from red-skinned grapes that can grow and adapt to different climates. These grapes are rich, velvety, oaky, and plummy, according to Wine Mag.

In French, merlot is a term for the little black bird. It is also referred to as a red grape variety used for winemaking worldwide.

It is challenging to grow Merlot. Thus, it is important not to overplant this kind of grape. Traditionally, merlot is full-bodied and dry fruit, with a bit of acidity.

When matured, the taste of merlot ranges from plums, vanilla, herbs, blackberries, graphite, and cedar.

One instant sign that you are holding a glass of merlot is the presence of orange or brick tone on the glass rim. As it ages, merlot changes its color. It loses its brightness and pigmentation until it becomes garnet-like.

Sometimes, merlot is used for white wines or rosé.

Interestingly, the famous movie Sideways has reportedly made merlot infamous.

“For years, the wine industry has debated the effect Sideways had on Merlot sales. Certainly, it’s hard to measure whether it made Merlot famous for being bad. There are three camps of thought on this. The first argue that rather than ruin Merlot’s reputation, the movie inspired a new audience of Pinot Noir drinkers who merely swapped one red wine for another,” according to Wine Mag.

“The second argues that the movie didn’t influence the decline of Merlot because Merlot was already on the way out due to overplanting and the proliferation of bad wines on the market. A third camp argues that the disgust for Merlot shown by the lead character, Miles, did, in fact, turn a generation of wine drinkers off of Merlot,” it added.

Nonetheless, merlot continues to attract wine lovers and winemakers despite the reviews of the movie.

If fully grown and planted from cooler areas like France, merlot has 13 to 14% alcohol by volume. However, the alcohol volume can also reach to 14.5% when the grapes are planted and fully developed in warmer regions like Chile, Australia, and California.

Merlot is recognized for its dry texture. The impression one gets from drinking merlot is that the wine has rich fruit flavors. According to experts, a glass of dry wine is known after the grapes are pressed, then the sugar of fruit is turned into alcohol by yeast.

When all the sugar is now converted, this is the time that the wine called dry.

Despite losing its sugar, this doesn’t automatically equate to not having calories. It is a fact that alcohol has calories. Therefore, even a five-ounce serving of merlot can hold about 125 calories or 625 calories in a 750ml bottle.

How should I serve merlot?

Merlot has a perfect temperature. When serving it, make sure the  temperature ranges to 60–65°F. This can be done by placing the wine in a fridge for 15 minutes.

If you cannot fully consume a bottle of merlot, just replace the cork and put it back in the refrigerator. The merlot’s flavor will sustain for the next two to four days. Beyond the said number of days, the wine begins to oxidize. You can simply use the merlot wine to braise your vegetable dish or meat if this happens.

Wine expert Vincent Rendoni, of Wine Folly, said that merlot “is an ideal food pairing wine and a safe bet for any occasion.”

People like him select this perfect match because merlot has fruity flavors, with more balanced acidity, and moderate tannin.

Some interesting facts about merlot 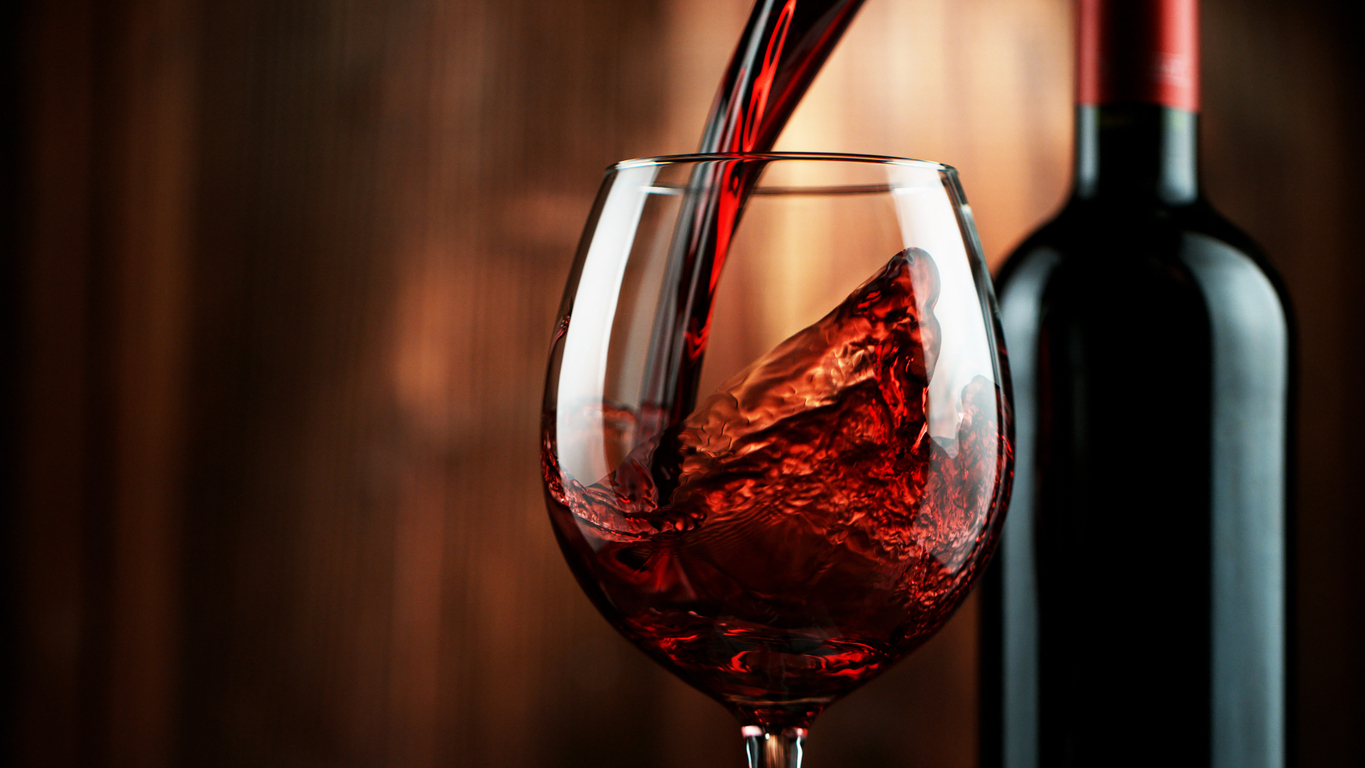 As with Cabernet Sauvignon, Merlot is used as a blending agent in the “Super Tuscan” style wines out of Italy and also in some modern Chianti’s. Merlot has been used for hundreds of years because of its easy-drinking ‘calming’ quality. The grape itself buds, flowers, and ripens early. Because of this, Merlot has a full body with lots of bright, black fruit, and aromas and flavors of chocolate and violet – similar to Cabernet Sauvignon.

Merlot is great with all tomato-based pasta dishes, heavy seafoods like salmon, and smoked meats.